Witherfall have been announced to play ProgPower USA 2020!  Many of you that were here with us from the beginning

may know that it was very important for Adam Sagan (rip) to have Witherfall at this festival. We are happy to have made this a reality. 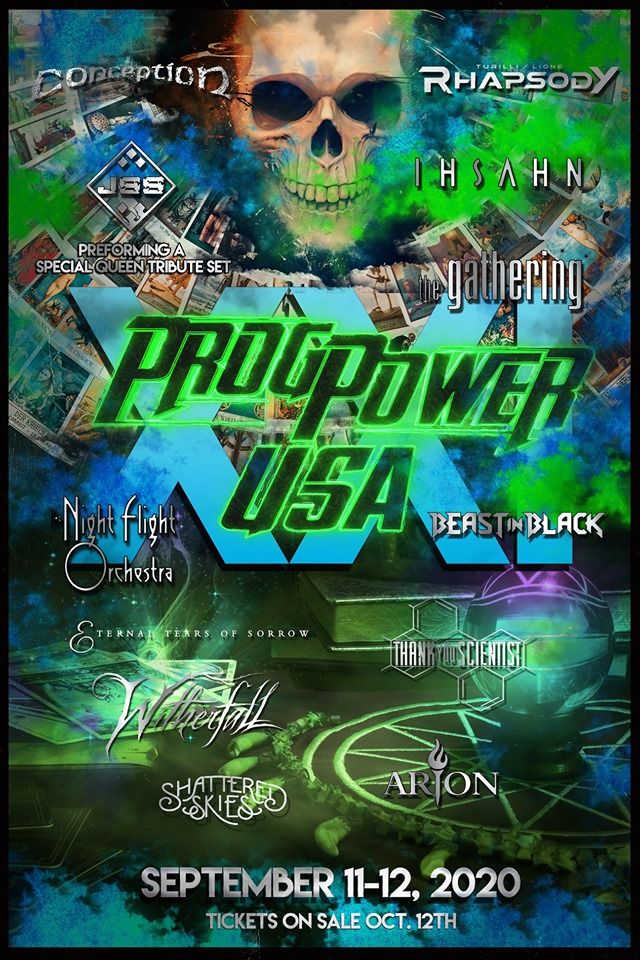 We are having a Sale at http://www.witherfall.com/merch enter THANKYOU10 at checkout and get 10% off!

On December 13th, 2017, Warrel Dane, the legendary lead singer of Sanctuary and Nevermore passed away while recording his posthumously released studio album “Shadow Work”. At that time, Sanctuary had already confirmed and announced a US tour supporting Iced Earth in February/March 2018 and while shocked by Warrel Dane’s passing, decided to turn it into a tribute to his legacy with exceptionally talented Witherfall vocalist Joseph Michael. Performing tracks from 1988’s “Refuge Denied”, 1990’s “Into the Mirror Black” and 2014’s “The Year the Sun Died”, Joseph Michael delivered a stunning performance and received very positive feedback from the fans attending the shows. Remaining founding members Lenny Rutledge (guitars) and Dave Budbill (drums) ultimately made the decision to continue with Sanctuary and new singer Joseph Michael not only as a live act, but also compose and record a new album, which is currently expected to surface in 2020.

“Sanctuary are looking forward to playing two special festival shows in Europe this summer in addition to our commemorative “Refuge Denied” dates in the US where we will perform our classic debut album in full. If you’re an old school Sanctuary fan or a fan of classic metal, you don’t what to miss this run of dates! Joseph Michael (Witherfall) is the new singer of Sanctuary and we will be playing songs from all 3 albums but focusing on the earlier material. Come check out the return of Sanctuary!”

While the new album is still months away, Sanctuary will continue to perform live as Joseph Michael enables the group to do intense old school sets including the soaring vocals and high screams, fans know and love on albums such as “Refuge Denied” and “Into the Mirror Black”. Sometimes, great triumph comes from great tragedy, and this sounds true in regards to Sanctuary!

Tickets and merch available at https://www.sanctuaryofficial.com/home

WITHERFALL “A Prelude To Sorrow” https://witherfallband.lnk.to/APreludeToSorrow

Witherfall are celebrating Record Store day by giving fans 25% off our entire catalog including shirts and other merch items. Click here to browse through our store and use code RSD2019 at checkout for 25% off!

These packages and more are also on sale! 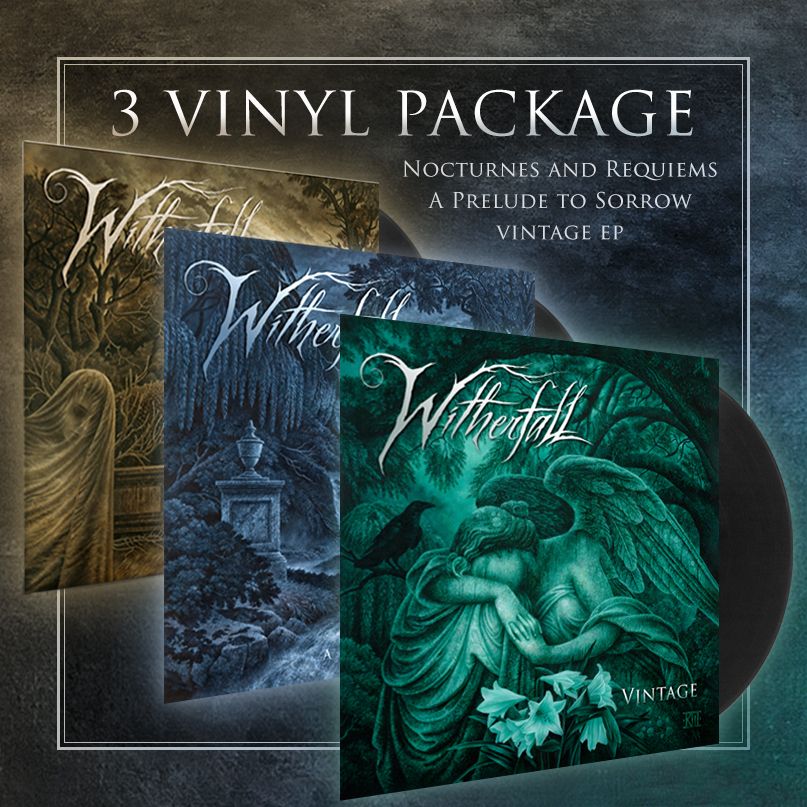 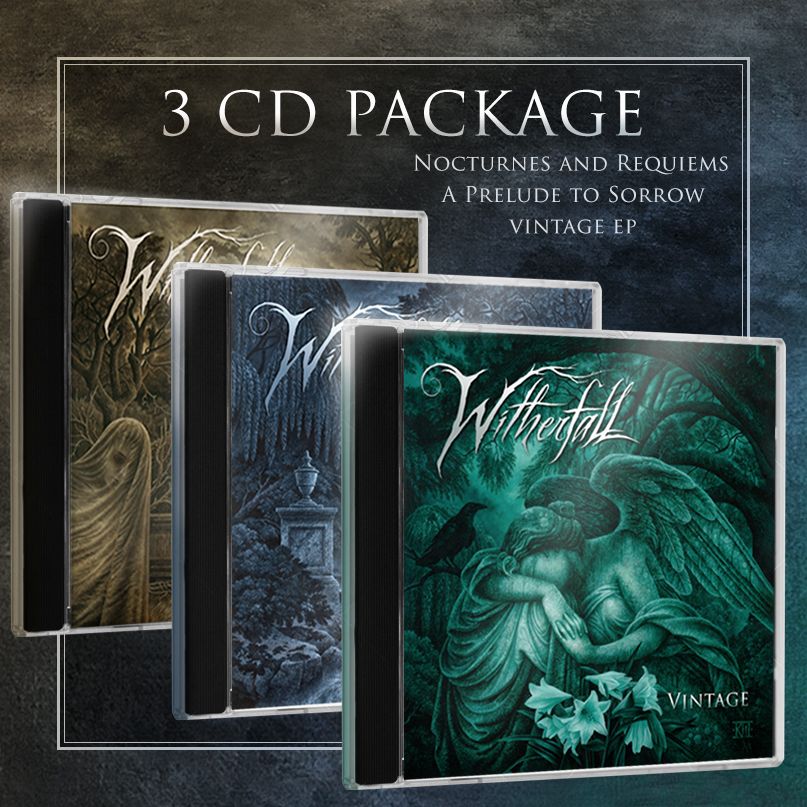 Acclaimed Angra and Kiko Loureiro Drummer Bruno Valverde will be Joining Witherfall for the 2019 Keep It True Festival in Germany on April 27th (set time 1:30 CET)!

"We are excited to have the amazingly talented Bruno Valverde on board for the 2019 Keep It True Festival later this April. Our Drummer Steve Bolognese had some scheduling conflicts and we needed to find someone quickly.  We are happy to announce that Keep it True Festival will be the first time ever that we perform "Vintage" in it's entirety. We cannot wait to share what else Witherfall have in store for the future with fans and newcomers alike." 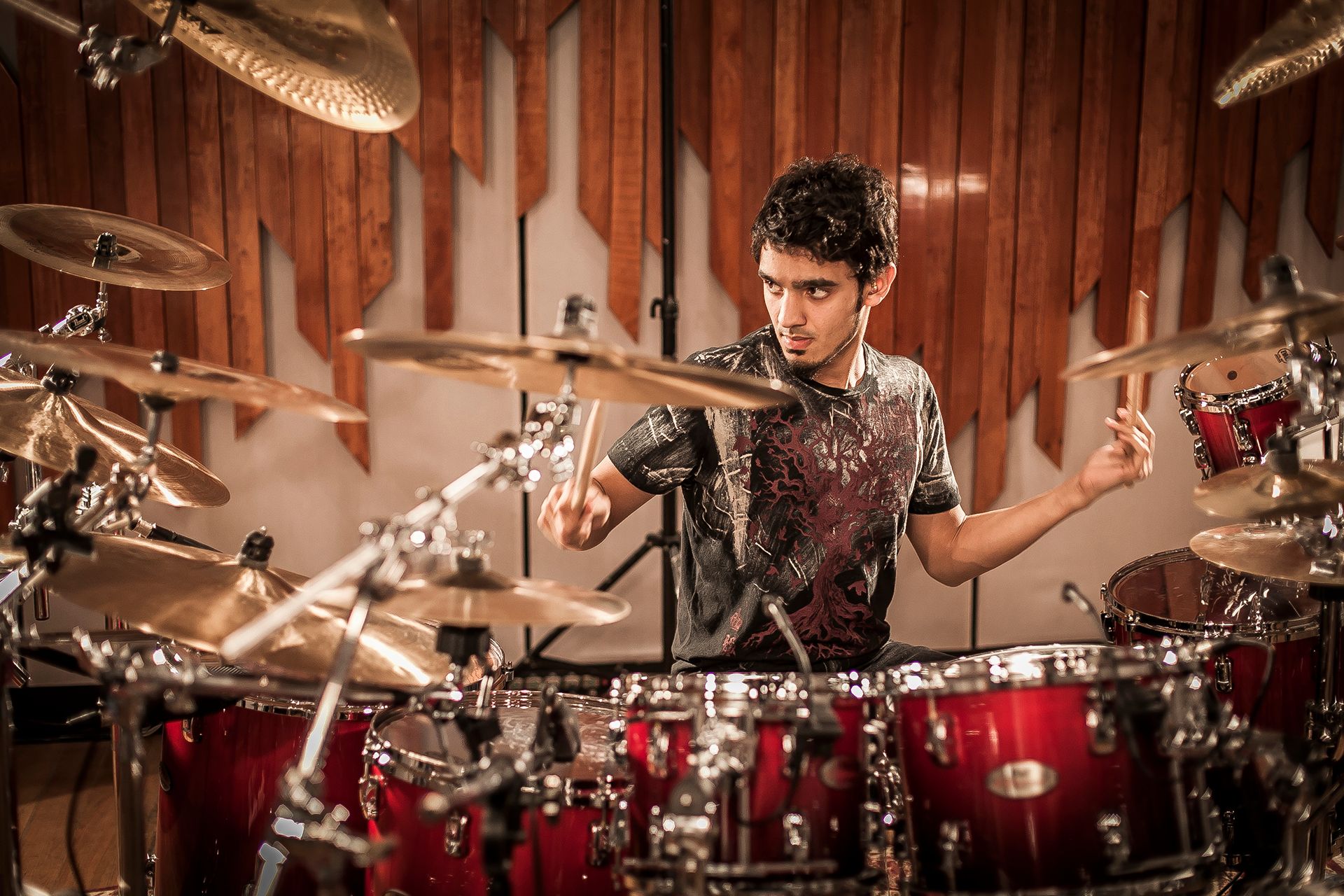 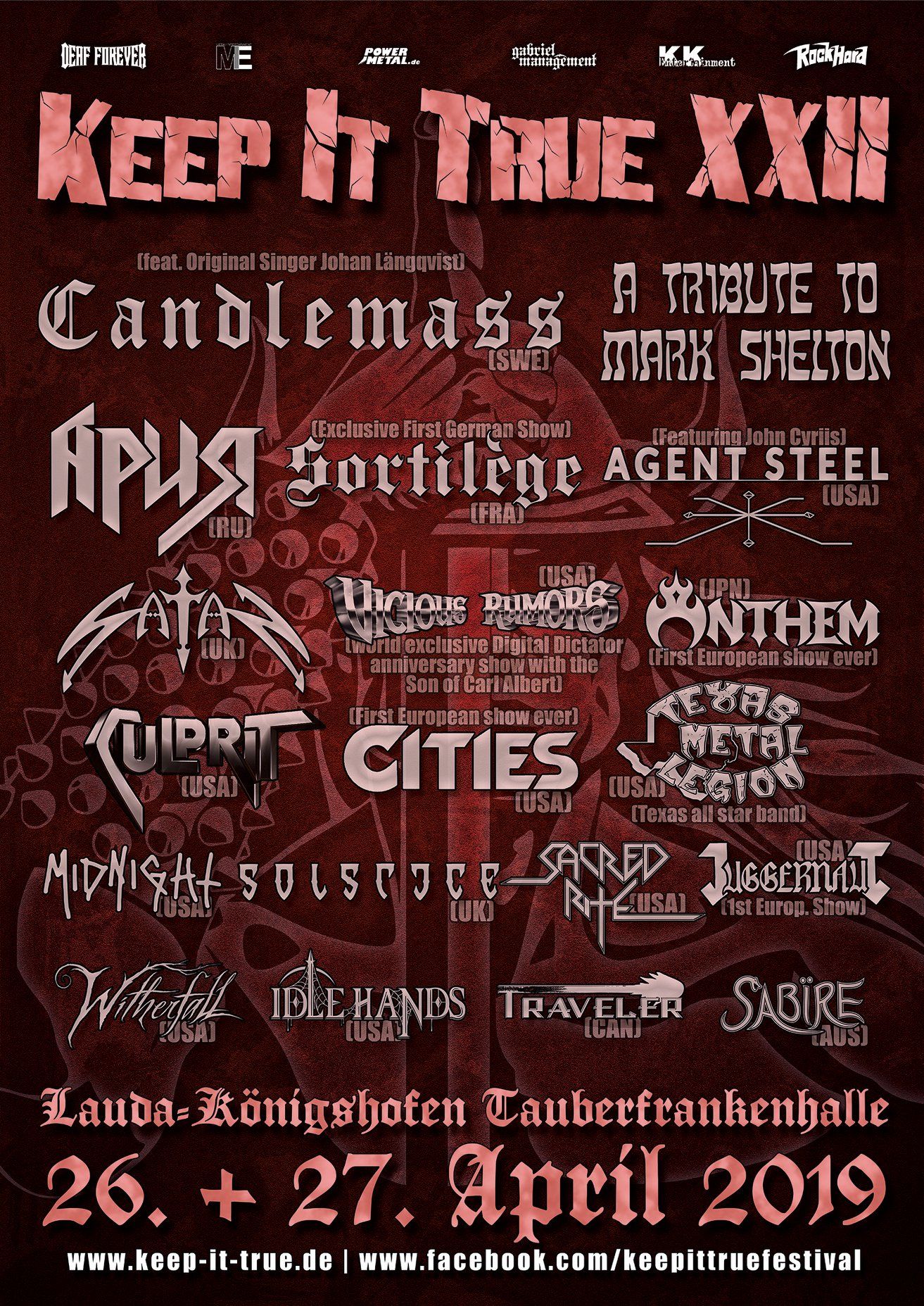 Hello from the road everyone! Our European tour with Sonata Arctica is in full swing and the shows have all been amazing. Today we release "Vintage" ! It is now available for Purchase/Download/Streaming. 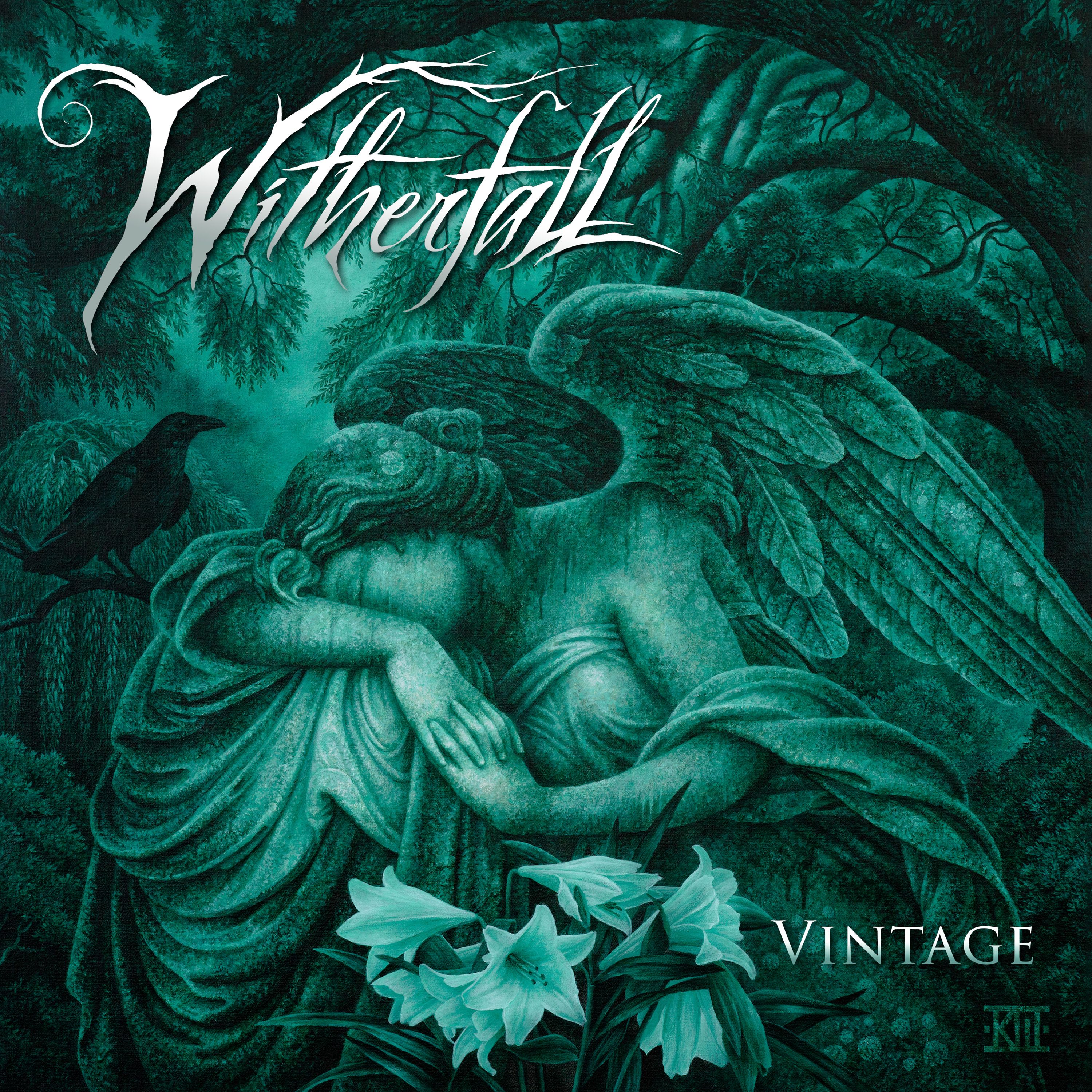 Check out the Videos for the album here:

A Tale That Wasn't RIght

I Won't Back Down

Today, they are releasing the third single from this EP, "A Tale That Wasn't Right", which was originally recorded by Helloween and released on the classic “Keeper Of The Seven Keys Part I” album in 1987. You can watch the full video, produced by Don Adams, here: https://youtu.be/om5D2_9H4K0

WITHERFALL comments: “Right after the band landed in the ill-fated Panama City FL to begin recording "A Prelude to Sorrow" the idea of doing an 80s power ballad was drunkenly pondered by the band. On one of Steve Bolognese' IPA benders he came up with Helloween’s “A Tale That Wasn’t Right”.  Though the band recorded the song during the APS sessions, the video was shot during the band’s recent tour of Japan as support for Kamelot. With Japanese tour manager Mia Steinhausen guiding our way, we were amazed and honored to be so welcomed by the fans and label(s) in Japan that we decided to create a little visual tribute as a gift to everyone who helped us out.  Seen in the beginning is even a cameo by none other than Masa-Ito! Domo-Arigato”. 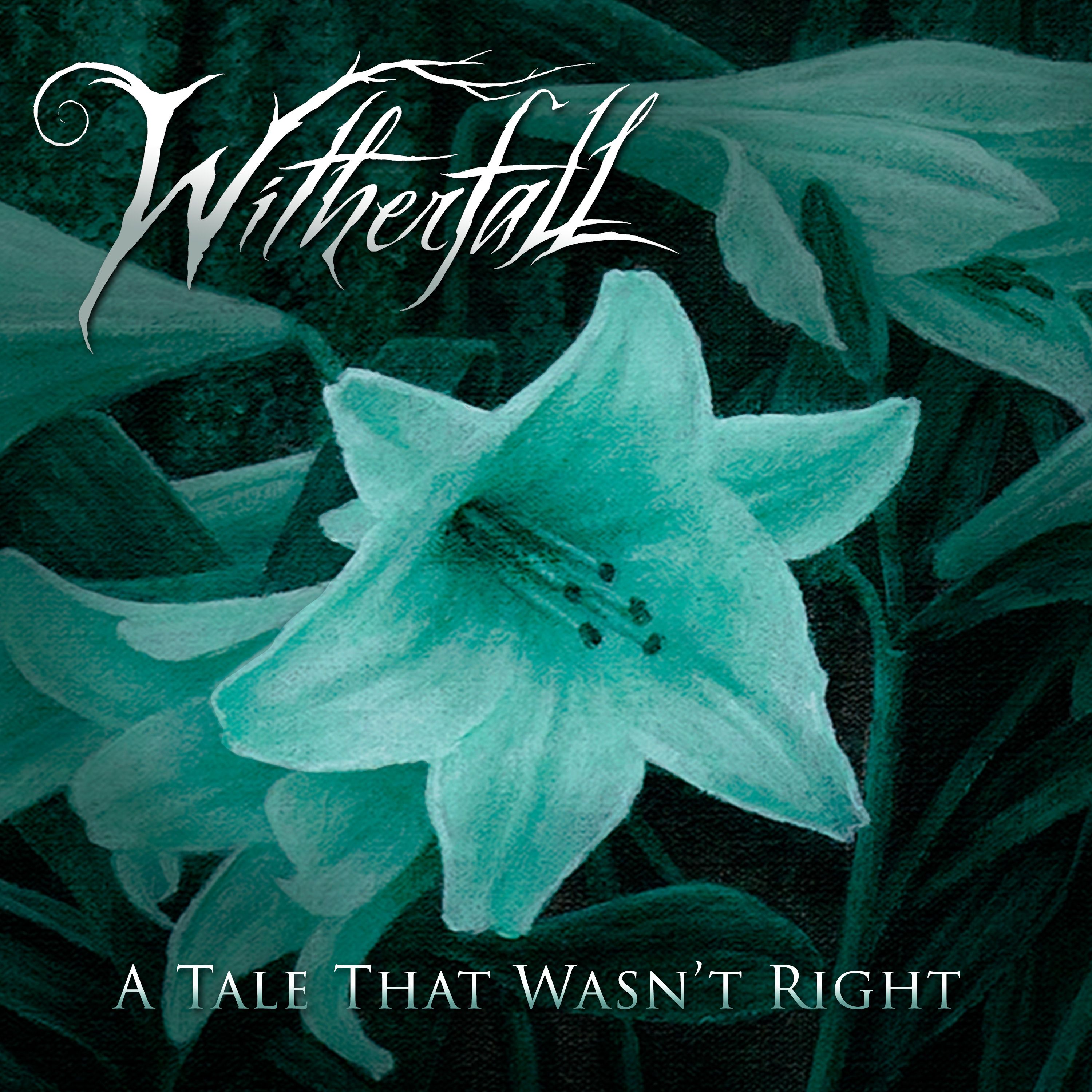 The “Vintage EP” is available for pre-ordering now with WITHERFALL offering an exclusive green “Verdigris” vinyl limited to 200 copies alongside t-shirt bundles. The transparent-magenta “Vintage Pinot Noir” vinyl, limited to 100 copies, is already sold out from Century Media’s European Store.