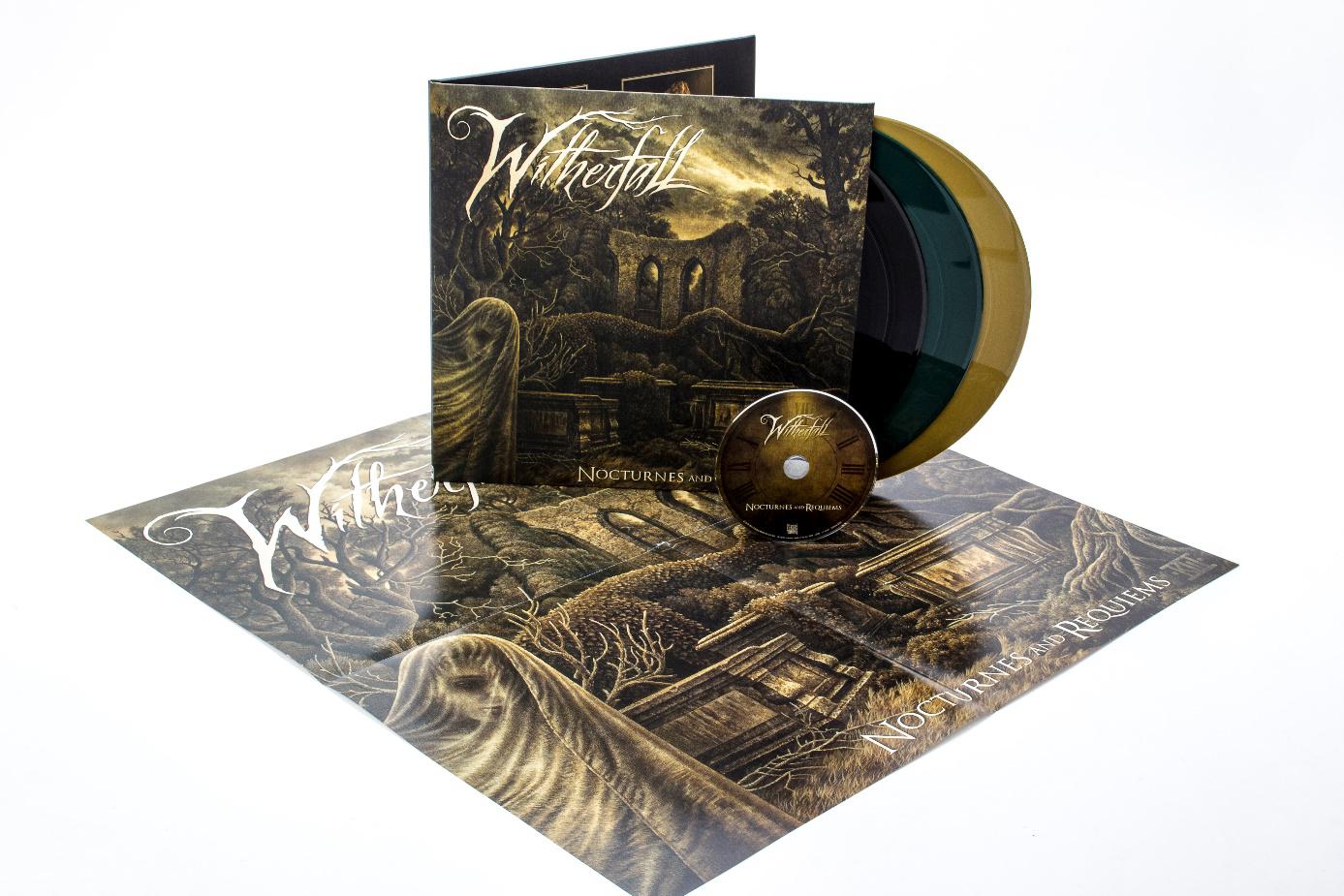 “Rounded up by a strong production and a beautiful cover artwork by Kristian Wåhlin,

US dark melodic metal shooting stars WITHERFALL have completed their line up for live activities. After the tragic demise of founding member Adam Sagan, who passed away right before WITHERFALL’s debut album “Nocturnes And Requiems” was ready for release, WITHERFALL have taken a well-deserved break of some few months for drumming auditions, finding a replacement for Adam in the highly talented Steve Bolognese, who by strange coincidence replaced Adam Sagan after his departure from the Canadian progressive power/death metal heroes Into Eternity.

"This is indeed a bitter sweet statement to announce, on one end we are happy to have found a replacement for our late drummer Adam Sagan. On the other side of the coin, we had to find a replacement for Adam. We went through a long period of searching for the right drummer to carry on Adam‘s contributions to Witherfall. With Steve Bolognese we knew from our first rehearsal and assorted meetings that he was the right fit. Not only does Steve pay respect to the drum parts that Adam recorded on "Nocturnes and Requiems". Steve also shares with Adam an impressive writing ability when it comes to composing his drum parts while we are in the pre-production stages for the follow to "Nocturnes and Requiems". We have also been putting in grueling hours getting our live show dialed in. Expect Witherfall touring announcements very soon." – Witherfall

„I am excited to announce that I have recently joined  Century Media Recording Artist Witherfall. As happy as I am to be part of such an incredible band, there are tragic circumstances surrounding the situation, as many may know. Original Witherfall drummer Adam Sagan was a friend of mine. Adam was the original drummer and passed away last year during the final stages of production. Sagan and I both played drums with Into Eternity as well as sharing a lot of the same friends, including Jake and Joseph. Adam would come out to see Into Eternity play every time we came through Minnesota. He remained a great friend. Witherfall was Adam's band along with Jake and Joseph. They formed it. I am going to do my best to carry on with it the way Adam would have wanted. Adam Sagan was an amazing talent and he didn't make "Nocturnes and Requiems"  an easy record to learn to play on drums, but I am going to do my best. Adam Sagan is truly missed by all. See you all on the road soon!“

Watch Steve’s drum playthrough video of the song “What We Are Dying For” here:

“Fans of virtuoso guitar playing and bands such as Savatage,

Dream Theater, Symphony X or Into Eternity should check this out!”

WITHERFALL have also just announced Fili Bibiano as a second guitar player in the line-up and are ready to return back on stage! Watch out!

WITHERFALL’s critically acclaimed debut album “Nocturnes And Requiems”, released in the US earlier this year, will be finally available in Europe on October 6th as limited CD Digipak (with three stickers), deluxe LP (with gatefold sleeve, poster and the entire album on CD) and digitally.

“Nocturnes And Requiems” can be pre-ordered from the dealer of your choice or directly at CM Distro:

Or in The US visit http://www.witherfall.com/merch

„WITHERFALL play dark US power/progressive metal, with strong compositions and

For the vinyl collectors, “Nocturnes And Requiems” is available in the following colours:

What We Are Dying For (6:54) --- watch Jake Dreyer’s playthrough video here