The Witherfall Century Media Presale has begun! Here are the links for the limited Edition Releases as well as where to buy Witherfall records in all territories outside the United States.

US customers can purchase here:

Get Nocturnes and Requiems in all formats including the special edition Gold and Green Vinyl versions: Europe, Asia, Australia and South America

The band, whose debut album was independently released this past February, has stirred up the international scene with its unique approach of combining epic metal with dark heavy metal and complex yet catchy progressive metal to style that reminds of early CRIMSON GLORY, the "Conspiracy"/"The Eye" era of KING DIAMOND and the great achievements of bands like NEVERMORE, FATES WARNING and QUEENSRŸCHE.

WITHERFALL comments on the signing:

"We are very honored to be a part of the Century Media legacy. The roster of acts they have worked with speaks volumes about the pride they take in bringing original and engaging music to Metal fans around the globe. WITHERFALL promises to deliver on the Century Media slogan of 'quality in metal.'"

"Nocturnes And Requiems" will receive a European release on October 6 as a limited CD digipak version with three stickers, a noble LP version with gatefold sleeve, inlay, poster and CD as well as digital download/stream. The beautiful cover artwork was created by legendary painter Kristian Wahlin (TIAMAT, DISSECTION, EMPEROR). With Dreyer and Michael having previously worked together in WHITE WIZZARD and Sagan collaborating with Dreyer on the critically acclaimed debut instrumental EP, "In The Shadows Of Madness" — which included a featured track for the popular video game franchise Rock Band — the trio combined forces to begin writing for the new project in 2013. Eager to resonate their ideas, WITHERFALL headed to Phoenix, Arizona to record their debut album, "Nocturnes And Requiems", with engineer Ralph Patlan (MEGADETH, Brian "Head" Welch, MSG) in late 2014. The album was then sent on to New York City for mixing and mastering by Chris "Zeuss" Harris (ROB ZOMBIE, QUEENSRŸCHE, HATEBREED) at Planet Z. "Nocturnes And Requiems" is dedicated to the life of Adam Sagan, who passed on December 7, 2016 during the final stages of production. Read more at http://www.blabbermouth.net/news/witherfall-signs-with-century-media.html#4jRfWQ1eGjsbYcGZ.99

Get Nocturnes and Requiems in all formats including the special edition Gold and Green Vinyl versions: 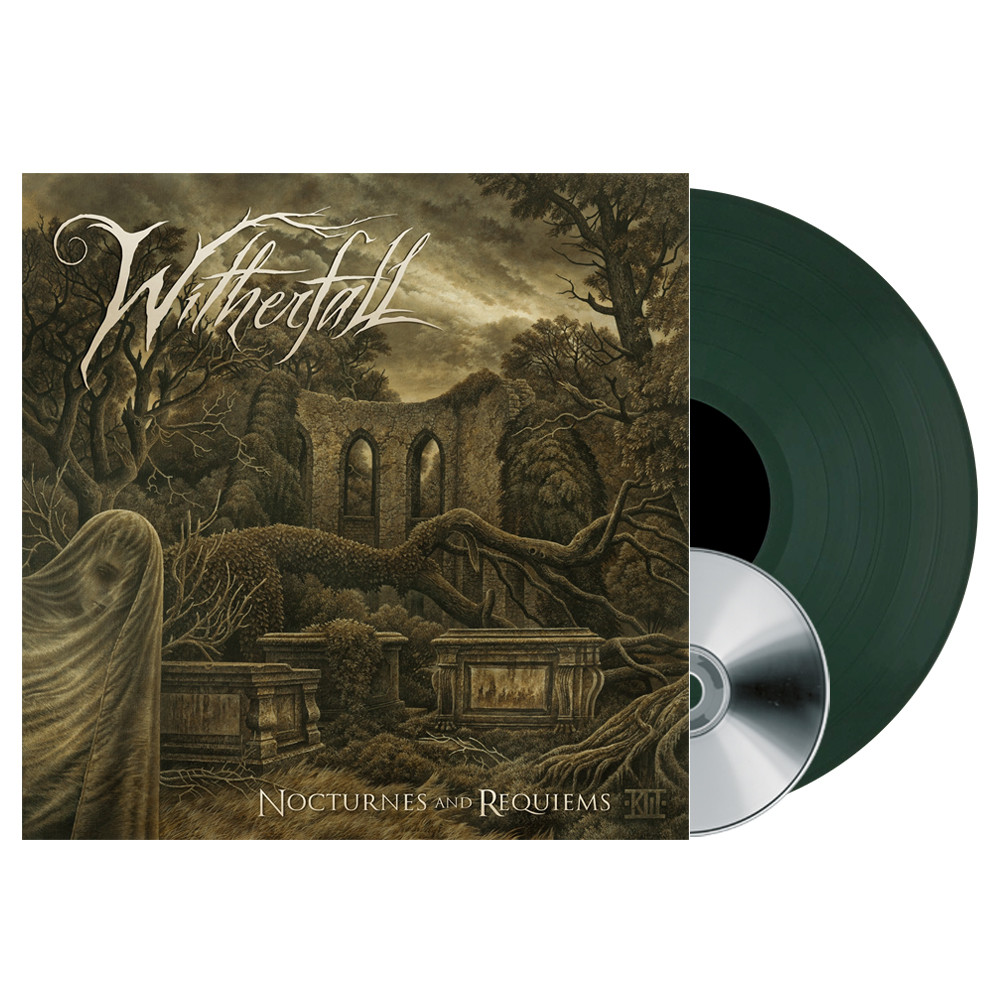